22 Jun What Is Wood Worm? & What are Wood Boring Insects?

Posted at 19:02h in Damp, Uncategorized by admin_getcrisp 0 Comments
0 Likes

The term “Wood Worm” is actually a generic description used for the wood munching larvea spawned by wood boring insects. These range from the Common furniture beetle (Anobium punctatum) to the very destructive House longhorn beetle (Hylotrupes bajulus)
I have seen many an infestation in peoples properties and collected lots of samples of various wood boring insects that have laid waste to peoples floor boards, timber joists, furniture, etc, as seen in the images below. 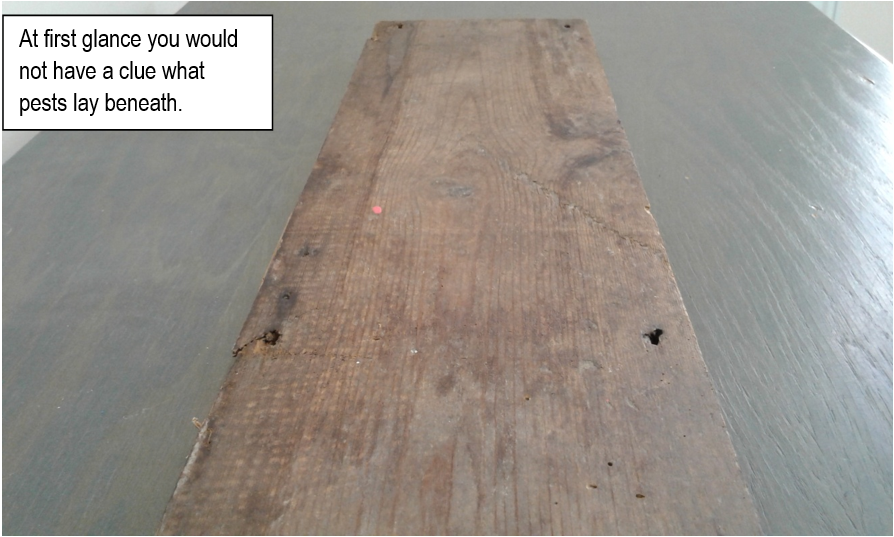 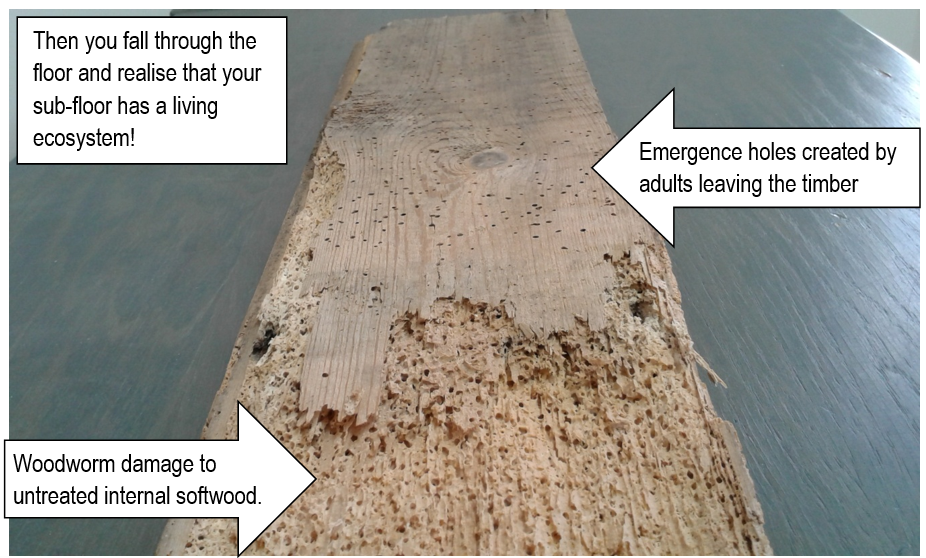 I have recently seen oak furniture being brought into people’s homes and literally come alive whilst they slept next to it. The oak was cut down in Eastern Europe and stored in unregulated timber storerooms. The timber is then shipped over to our own store rooms in the UK. Once the oak is made into furniture and sold to the unsuspecting customer, it is situated somewhere in a warm centrally heated room.
During this time, the warmth of the room tells the slumbering insect stowaways that lay asleep, deep within the grain that spring time is here. They then emerge out of the furniture wherever they want and go off in search of a friend.
So, your once beautifully lacquered finish of your new bedside cabinet is now covered in talcum powder like dust and littered with more holes than a block of Swiss cheese!

When we complained to the furniture stockist about this issue on behalf of our client, as any paying customer should, they then, like every other authority in the world, blamed the Russians! They said the oak timber was cut down in their forests and then infested in their stockrooms and they weren’t to know?! I didn’t get into a political debate, I just put forward the case of my client and their crawling oak furniture and they got a full replacement of every item, minus the hidden stowaways!

Wood Boring Insects are fascinating and destructive creatures. The House longhorn beetle has a very bad reputation of pulling down entire houses. This is a large insect that produces oval emergence holes that are packed with little cylindrical pellets.These insects grow and develop for many years inside seasoned softwood and tunnel extensively, destroying the timbers that it is present in and its capability to support weight, like that of a roof laden with concrete tiles!
The insect was once commonly known as the ‘Camberley Beetle’, as there was such a large infestation in this Surrey town once upon a time back in the 1960’s due to the importation of softwood timber from around Europe.
However, as it spread through Surrey, it then became known as the Surrey Beetle until the infestations became so widespread, it reverted to its correct name of the House Longhorn Beetle (Hylotrupes bajulus)
Woodworm outbreaks are normally controlled by the usage of chemical insecticides. However, all outbreaks are unique, as are the insects that are infesting at the time. The environment should be investigated and thoroughly accessed for contributing factors such as dampness caused by lack of air flow, water ingress, plumbing leaks, etc.

Wood boring insects do not attack dry, sound timbers. They need a moisture content of the timber to be higher than 18% as this helps break down the structure of the timber so the insects can feast upon the bounty of sapwood and heartwood. The sapwood is the starch rich part of the timber in which the majority of wood boring insects enjoy. The heartwood is the trees waste product, a mixture of tannins and tree junk, but adored by some insects such as the Common furniture beetle and the Deathwatch beetle, (Xestobium rufovillosum) more about the DWB another time, they deserve their own post.

So, remember, damp conditions lead to damp timbers, which then lead to wood boring insect attack and consequently, you falling through the floor boards, as did the poor chap who stepped on the section of floor board seen on page one.

I would like to state that no customers were seriously hurt in the creation of this blog; however, I cannot say the same for the wood destroying insects!
Images of recently deceased insects, including Common furniture beetle, Powder post beetle and the deathwatch beetle. 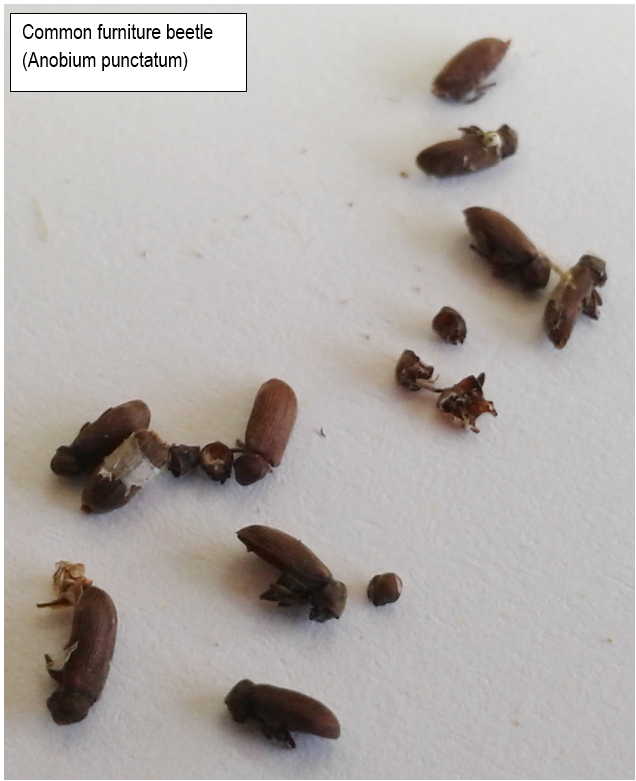 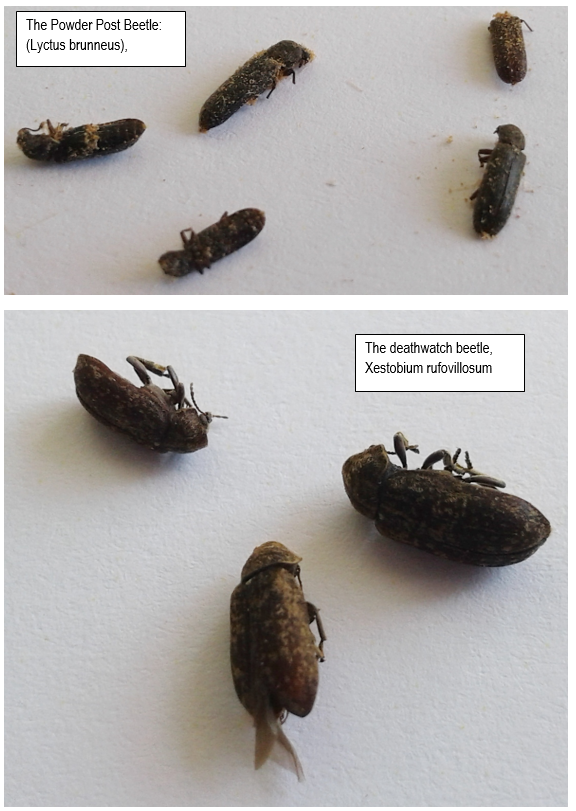 Thank you for reading my blog and viewing my macabre beetle collection!

Any cookies that may not be particularly necessary for the website to function and is used specifically to collect user personal data via analytics, ads, other embedded contents are termed as non-necessary cookies. It is mandatory to procure user consent prior to running these cookies on your website.